9 Fun facts for Elderly People that will Keep You Excited

Ageing is a FACT! -Do you know that every second people two are turning 60 years old in the world?. I guess maybe not. 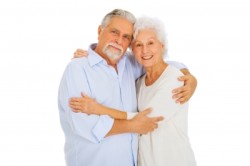 Seeing that your once very tight skin sagging like a “turkey’s neck” can make you wake up to the realities of old age.But not to worry, in fact ageing can be spectacular.

Here  are some fun facts for elderly people that will put a smile on your face next time the family gather around you to sing Happy Birthday!!.

Studies have found that in the United States that ” 61 percent of citizens age 65 and older voted in the November 2010 election, the best turnout of any age group”. As we advance years, our senior citizens will have a clout.

They say ” respect your elders and find them a date” Unknown. Whether you are still with your life partner,divorced or widowed.Sexual life actual gets better with age.Even if your sexual desire has dropped. One study out of the University of California, San Diego found that the majority of women aged 60 to 89 were moderately to very satisfied with their sex lives. 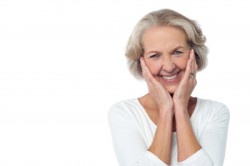 A recent study by University of Chicago found that levels of happiness climbed between the ages of 65 and 85 — and beyond.People in the middle age are the least happy while that the youth were the happiest.

Some experts believe it is because older people are able to tap into the toolbox of social and emotional instincts they’ve built with experience. “It’s a very encouraging fact that we can expect to be happier in our early 80s than we were in our 20s,” Andrew J. Oswald, a professor of psychology at Warwick Business School, told the New York Times. “And it’s not being driven predominantly by things that happen in life. It’s something very deep and quite human that seems to be driving this.”

As they say wisdom comes with age. A University of Michigan study  found that elderly people are better at resolving social conflicts and young people.When we were young, anytime there was a conflict in the family, the elders where always they one they call to resolve it. This is because the senior people are able to see  different  perspective of the stories and suggest better compromise and better ways of resolving the conflict.

Studies shows that migraines become less frequent and severe with age.Vomiting, sensitivity to light,nausea and other symptoms become less as you become older. When you were a teenage is likely you experienced more migraines than when you turned 50 years.

According to and article  by Yasmin Anwar  on Berkerly News, studies actual showed that marriage gets better in old age. The main reason being that long-time couples learn how to express their affection better.Especial when all their kids become independent and leave home.Alot of marriages are strained in their middle ages. But as they age they get better.

There is no doubt that get stress at what ever age they are at. But the good news is that we get less stress as we age especial when we are 65 years and over.It is proven that people between the ages of 35 and 49 are the most stressed followed by those between the ages of 24 to 34.

A University of Illinois study found that older air traffic controllers excelled at their mentally tough jobs — and performed as well as younger peers — because they were so good at navigation and at handling several airplanes at once. Due to the years of experience you have, you can use it to your advantage. If you are worried you might loose your memory you can take some brain exercises.

Have you got more  Fun facts for Elderly People that will Keep them more Excited?. Feel free to share with us in the comment box to put a smile on someone’s face out there.

Josephine Dassah is a Content Manager at SeniorHealthStores.com. She is an Electrical Engineering Grad,  Healthy lifestyle enthusiast and She is interested in things that bring the wellbeing of others. She believes through her writing, she can share valuable information and contribute to the quality of life of other people.

This site uses Akismet to reduce spam. Learn how your comment data is processed.